NEW PALFINGER SANY TRUCK CRANES GOT TO THE FIELD. 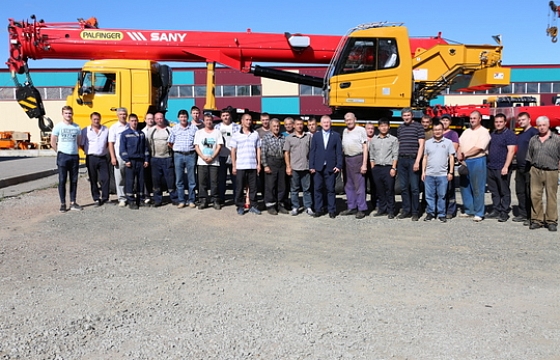 In early October 16 cranes got their destination - the Chayandinskoye field. Firstly the truck cranes arrived to Ust-Kut, and the rest of the route was made by ferry.

The PALFINGER SANY truck cranes KS 5572А for STNG are produced on the basis of the dealer  - the specialized multidisciplinary company in the field of lifting equipment "ITC PTM" in Khabarovsk. All cranes have the engine KAMAZ 740.622-300, a long U-shaped boom 32 meters, the Russian-speaking menu and the "cold package". Cold pack is a special preparation of the  superstructure and chassis for operation in cold climate (-40°C).

Remind you that the assembly of PALFINGER SANY truck cranes on commercial chassis is also produced on the plant of " Velmash C " in Velikiye Luki.

Earlier we wrote about the Open Day in June 2017 the General Director of "ITC PTM" Yury Kolbin announced the start of production of truck cranes in Khabarovsk under the brand PALFINGER SANY KS 5572А. The event was attended by first Deputy Chairman of Khabarovsk Kray government on issues of investment and priority projects Yuri Chaika. Yury Kolbin, together with the General Director of "PALFINGER SANY Cranes" Yury Gorpinich cut the red ribbon and wished success to the new project . Among those present at the important event were the heads of companies STNG who were the first buyers of these cranes.

Among the priority conditions of the contract was service support in the working locations of these cranes , stock of spare parts, ability to operate equipment under low temperatures and strict delivery time.

Technical Director of "Palfinger SANY Cranes" Alexander Kulybyshev said that the most difficult thing while assembling was " to collect the Chinese and Russian knowledge , and take into account all market requirements , and , of course, to connect people in different time zones - we in Moscow woke up in the morning and working day in Khabarovsk was coming to an end, so I flew almost for the gold card of some very reputable airline ))). I also want to thank the service department of  "ITC PTM" for technical ingenuity, a comprehensive maintenance and dedicated work".

Third part of the  cranes are ready. Arriving at the field is scheduled for mid-October 2017.

(For reference . JSC "StroyTransNefteGaz" is one of the leading construction companies in Russia, providing the full range of work in infrastructure projects in oil and gas industry; member of the gas transmission system "Power of Siberia", gas pipeline "Southern corridor",  pipeline system Eastern Siberia – Pacific Ocean, Baltic pipeline system - 2, gas pipelines of Bovanenkovo – Ukhta, Ukhta – Torzhok, Sakhalin – Khabarovsk – Vladivostok, as well as programs for gasification and repair campaigns in more than 40 regions of the Russian Federation) . 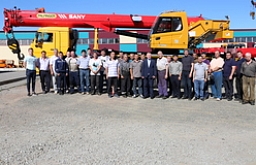 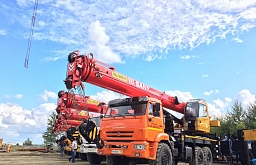 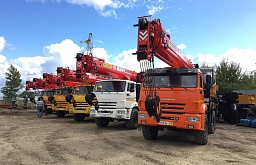 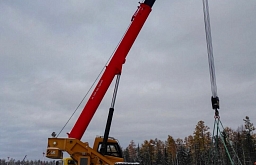 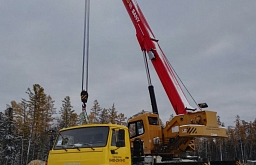 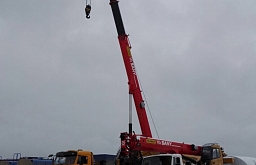 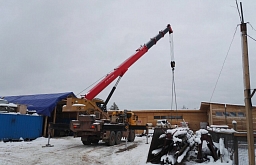 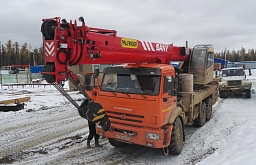 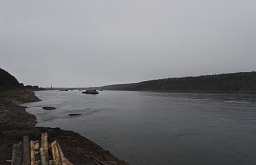