THE NEW RUSSIAN CRANE STARTED TO ASSEMBLY IN KHABAROVSK. 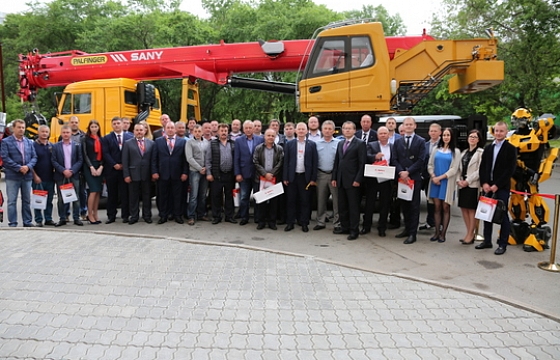 Guests were able to see the crane  which will be manufactured at the production site in  Khabarovsk. General Director GK "ITC PTM" Yury Kolbin warmly welcomed guests and partners at the Training center on the street Zaparina in the city of Khabarovsk . In his interview he said that now in the automobile factories there took an assembly of prototypes of a new model of automobile cranes of the fifth generation and currently there is going  the process of selecting the most appropriate site for construction.

The event was attended by first Deputy Chairman of Khabarovsk Kray government on issues of investment and priority projects Yury Chayka and General Director of "Palfinger SANY Cranes" Yury Gorpinich , which solemnly cut the ribbon and gave an interview to some TV channels in Khabarovsk region. You can see the news here

Guests learned the history and all the technical details of the new PALFINGER SANY cranes from technical Director Alexander Kulybyshev and sales specialist Alexander Dultsev who also answered numerous questions from the audience.

According to General Director of Palfinger SANY Cranes LLC Yury Gorpinich, such equipment is shipped to Romania, Bulgaria, Spain, which finds its customers, the machines are already in the works, customers are satisfied and orders come again from those who already explore them.

The official part ended with the lottery  where 4 lucky guys  got a model of truck crane and rough terrains in the size  1:43. On the street where stood the crane there was a surprise  – drum show and a photo shooting  with the robots .

The informal part ended with a banquet with  the performance of the saxophonist. 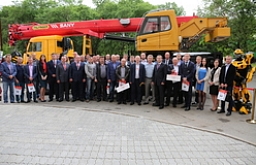 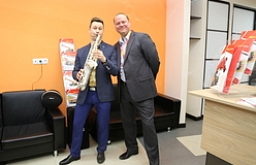 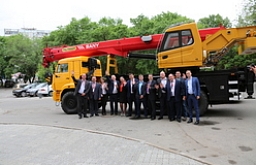 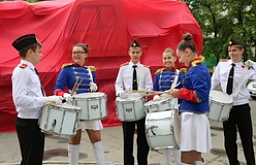 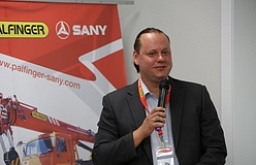 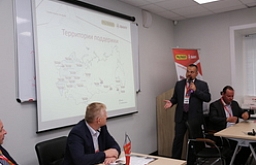 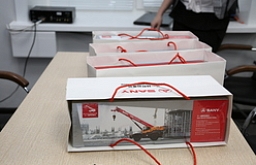 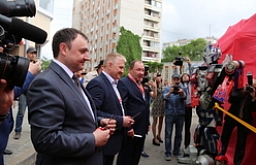 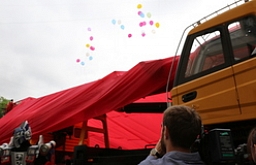 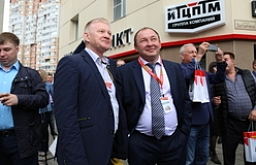