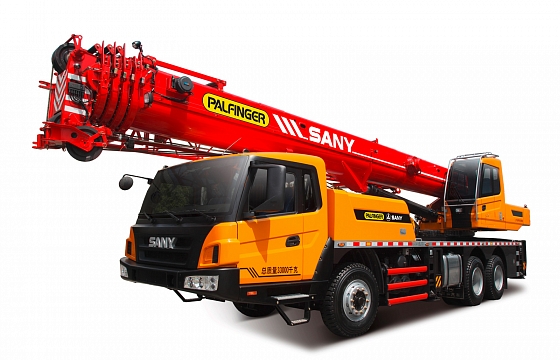 The company PALFINGER SANY Cranes LLC - the exclusive distributor of lifting equipment PALFINGER  SANY on the territory of the Customs Union - has received approval of a type of vehicle for STC serieswith ecological class Euro 5. Truck series QY with Euro 4 engine in accordance with the requirements of TR TC 018/2011 will be available to our customers till the end of 2017.

In order to confirm compliance with the requirements of cranes TR TC 018/2011 and receiving OTTC the complex test was conducted with the participation of leading research institutes in the field of automotive in Russia and China.

The next generation of PALFINGER SANY STC250, STC250-5, STC300 and STC500 with the wheel formula  6x4 and 8x4 replaced the long-known series of QY cranes with the improved  lifting performance, enhanced design and advanced options.

The first models of STC were presented at the Open Day in Uzbekistan in October 2016 and sold to a major construction company in Tashkent.

Previous generation models of Palfinger SANY QY25C, QY25C-1, QY50C have been successfully sold in Russia and the CIS since 2010 and in demand in the construction and rental companies - 150 cranes of these models work in  Uzbekistan, Turkmenistan, Azerbaijan and the Customs Union.

Currently the company PALFINGER SANY Cranes LLC offers cranes Palfigner SANY of  STC series, rough terrains  of  series SRC capacity from 25 to 120 tons and all terrains SAC from 180 to 300 tons and cranes SPC series of  25, 32 and 40 tons on  KAMAZ chassis.

Technical Support Department of PALFINGER SANY Cranes LLC provides warranty and post-warranty service of the entire line of the above-mentioned mobile cranes Palfinger SANY directly or through its service partners, and is always available in the entire spectrum of wearing parts, some parts are available on request. 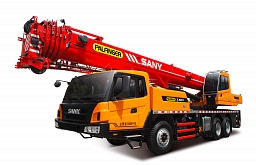